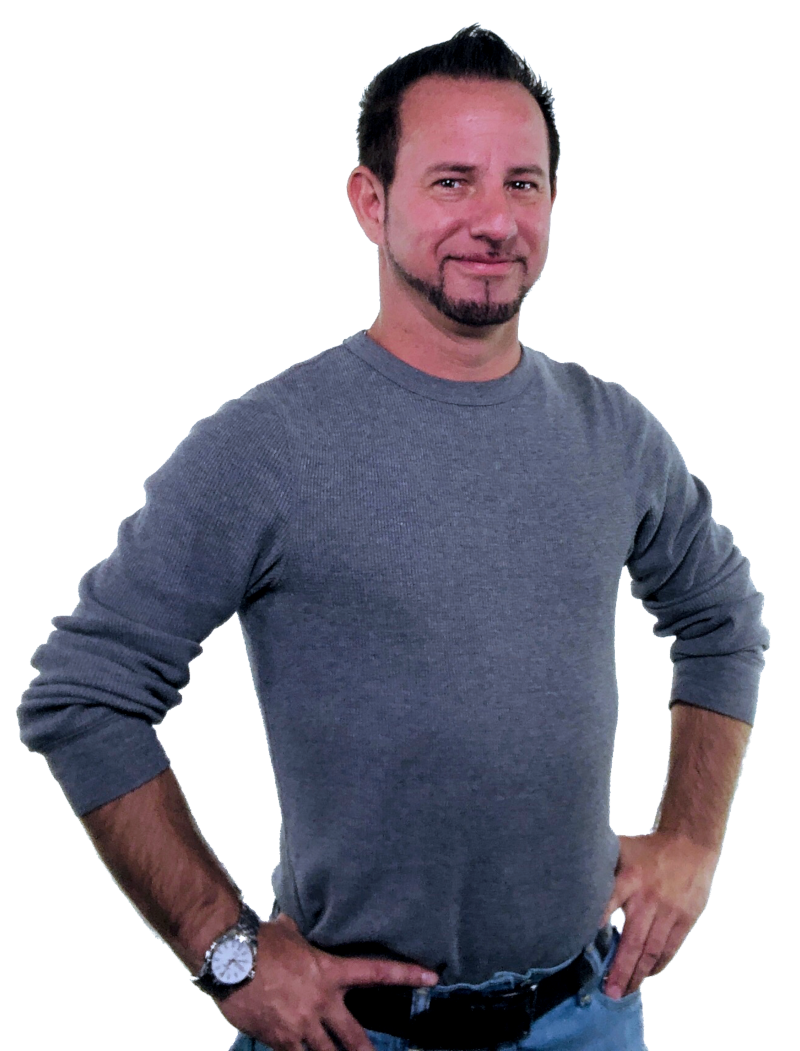 I love helping people make money online. I specialize in building sales funnels but I also develop software plugins and online training courses for internet marketers. My wife Melinda and I work from home. We own a company called Higher Level Strategies, Inc. and we have 10 virtual employees.

We love our 3 boxers, Romeo, Juliet and Roxy and we spoil them like if they were our kids. Melinda and I are Christians and we spend a lot of our time watching action movies together, particularly those of the zombie apocalypse kind, BUT… sometimes I’ll watch a romantic comedy chick flick too. We’re definitely movie junkies, Netflix and Vudu mostly but we also love going to the IMAX theater on weekday afternoons so we can have the entire place to ourselves!

Melinda is CEO (Boss) of HLS and I’m the CMO (Chief Marketing Officer) so that basically means we’re always together. We live together and we work from home which is pretty awesome cause we can even "work" from bed once in a while.

I am a public speaker so we get to travel to lots of internet marketing events all over the world. I never thought that I would ever be talking to thousands of people from stages all over the world but it turns out that I’m pretty good at it. We like going to these offline events because we make them “workations”. We usually go a few days early and stay a few days after so we can enjoy ourselves while we’re in the event city (wherever that might be.)

My formal education was in medicine. I used to be a PA (physicians assistant) back in NY. I worked for FDNY (New York City Fire Department) as a paramedic for many years. My life took a totally different path after Sept. 11th 2001. I wasn't on duty that day but I lost my partner and friend David. I loved helping people but after that event I was never able to bring myself back to working EMS.

I put my pride and education in my back pocket and I drove down to Orlando Florida. I was broke but moreover, I was broken. I was starting my life over from scratch. I accepted the first job that I could get and it was something really scary that I’d never done before… door to door sales. Yuck. Even though I was broke and hungry, I swear I would’ve NEVER taken the job had it not been for the really hot chick that interviewed me. Seriously, she was so hot that I ended up proposing to her and she obviously dug me a little too cause not only did she hire me, but she married me as well! Oh, and she taught me how to sell.

Melinda and I worked really well together and once she taught me her “mad sales skills” we were unstoppable!  No one could beat our sales numbers. We went on to build some huge sales teams and we opened several offices together but the road was long and hard. We were traveling sales reps going door to door, city to city, state to state. We leaned on each other to stay focussed and keep our dreams alive. It was so difficult that in 2003 we found ourselves back up north in Lindenhurst New York, homeless and selling coupon books just to survive.

The door to door business kept moving us around the country and by 2006 we’d had enough so we decided to settle down in Florida, the state where we first met. We enterred the “work-force” again and I took a job as a sales manager running a call center and Melinda became a collections rep. In 2007 we did the dove in and got hitch. We got married, bought our first home and adopted Romeo, (February was a busy month). It was all new and exciting at first but by December we were up to our eyeballs in debt and I started looking to sell some stuff from our garage on eBay just to make some extra Christmas money. That’s when our online journey began.

I tried the eBay thing wasn’t working for us but I knew others were making money at it because I would see these colorful little “powerseller” badges. I’d get so frustrated wondering how the hell they were doing it till the day I finally did a search on ebay for…  “How To Become A Powerseller” - the #1 ebay listing for that search term was an eBook called “The 90 Powerseller Challenge” by some dude named John Thornhill and it cost $12. I bought it and in that instant my life was changed.

I never read the book but I’m serious when I say that eBook purchase changed the course of our entire lives. You see what I bought was a PDF and after I paid I was given a download link. It blew my mind. Someone just sold me a freaking LINK at 3:00 AM. I was instantly hooked and in that moment I knew that I would become a millionaire selling digital products online.

The next day I received an email from John, the author of the book and he sounded like we’d been friends for years as he recommended another eBook. I bought that one too and then the next day another. I was fascinated as I learned what was Email Marketing and I couldn’t get enough of it. I started researching to become a marketer like John. Things were quite harder without all the resources there are today and remember we were still broke so I struggled.

I kept Melinda in the loop and she always encouraged me even though she didn’t have the faintest clue of why I was locking myself away in the spare bedroom every night. I tried to explain that I was building an online business selling eBooks and she was supportive but she really wasn’t interested in knowing much about it at first. Then, John Thornhill recommended a product by Mike Filsaime and now I was on 2 mailing lists! There were a lot of sleepless nights in the 18 months that followed but once my online business was making $30k per month I quit my job.

I eventually met Mike at an event in Florida and we became good friends. Mike and I launched several products together and we even founded Higher Level Strategies, Inc. which Melinda and I later purchased from him. After our first 6 figure product launch Melinda also quit her job and she started working from home to help me build the business. She became instrumental in growing the company to seven figures. She started by handling support tickets and managing finances but now she does pretty much everything!

We’ve launched dozens of products, we’ve got thousands of students and we have gotten hundreds of testimonials from people that have been able to add value to their lives using our online tools and strategies. We look forward to getting to know you personally and helping you grow your business as well! 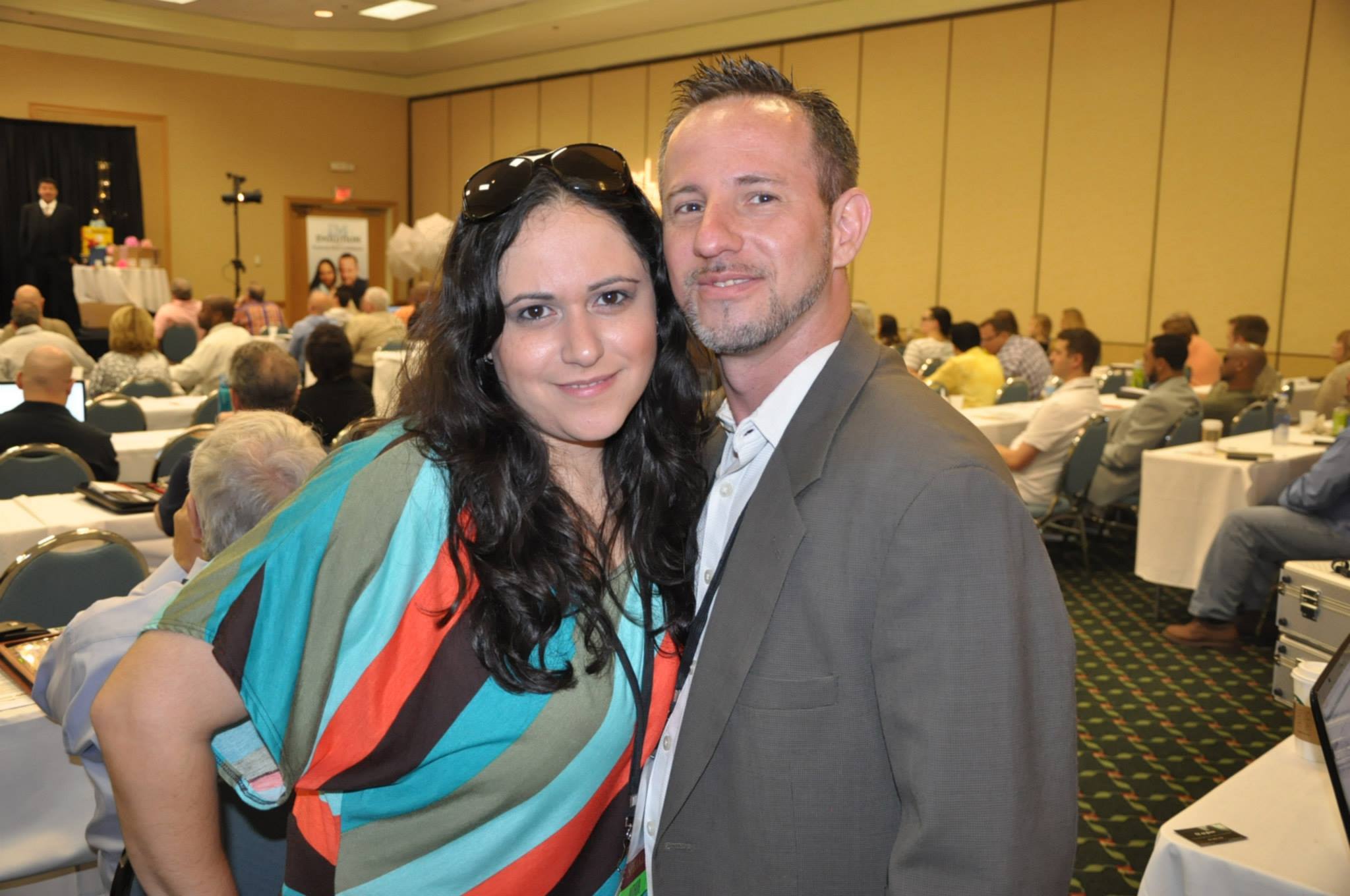